How Much Does a Hedge Trimmer Cost?

I had always considered hedge trimmers cheap. After all, what do they do? They trim and cut hedges and shrubs, right?

Well, that was until I bought one myself.

I was met with, what I considered very high prices. This was when I realized I had got some things wrong.

Of course, these prices are rough averages and should be used only as guidance.

The real cost of a hedge trimmer will vary depending on several different factors. If you want to find out more, continue reading below.

How Much Do the Different Types of Hedge Trimmers Cost?

To get a better idea of how much do hedge trimmers cost, we need to consider what kind of a hedge trimmer we are talking about. The design of the trimmer and how it is powered are going to affect the price significantly .

How Much Does a Manual Hedge Trimmer Cost?

Manual hedge trimmers are the cheapest and the most basic type of trimmers. They cost between $10 for the most simple hand shears and up to $40 for the telescopic and higher reaching ones.

With that being said, some of the top-quality and professional manual hedge trimmers can cost more than $150.

The manual hedge trimmers are not designed for doing large amounts of cutting and trimming. They can be used for shaping and sculpting of hedges, shrubs and plants, but very rarely are they used for large trimming jobs.

How Much Does an Electric (Corded) Hedge Trimmer Cost?

Electric hedge trimmers are best used in smaller yards and gardens and for general trimming jobs around the house. The main problem with them is that the extension cord’s length is going to limit your working area.

Electric hedge trimmers can be a little dangerous if you aren’t careful, as there is a risk of cutting through the cable.

Depending on what kind of yard you have and how it is set up, you may need to buy an additional extension cord for your hedge trimmer. The length of the extension cord will add a little to the cost of the trimmer, but on average, you can expect it to cost between $15 to $30.

How Much Does a Battery (Cordless) Hedge Trimmer Cost?

Battery hedge trimmers are designed for larger cutting and trimming jobs around the yard. The battery allows a greater amount of freedom, as you do not need to buy an extension cord.

This however, does not mean there are not going to be some other additional costs associated with the trimmer.

Depending on how much trimming you need to do, one of the downsides is that you may need to recharge your batteries a couple of times before you are finished. This can be very inconvenient, and some homeowners may opt for buying an additional battery because of this.

Batteries can turn into a recurring cost.

The (Li-ion) batteries last between 2 to 3 years on average, and replacement batteries can cost anywhere between $50 and $150

How Much Does a Gas Hedge Trimmer Cost?

Gas-powered hedge trimmers cost between $130 and $700. The power ratings and built quality of the engine will affect the cost of the hedge trimmer the most, as well as the blade length, tooth gap, and its additional features.

Gas hedge trimmers are designed and suitable for larger cutting work. They offer the best cutting time and performance.

However, all that extra power comes at a price, and gas hedge trimmers also have higher upkeep.

How Much Does a Pole Hedge Trimmer Cost?

Pole hedge trimmers are designed for reaching and trimming tall hedges, shrubs, and bushes without needing a ladder to do so.

The double-sided hedge trimmers are the most commonly used and sold type of hedge trimmers on the market today; they are very versatile and easy to use.

They are best used for light trimming, cutting, and shaping or sculpting.

The single-sided hedge trimmers are more specialized. They are usually lightweight and thus can accommodate a larger cutting blade making them ideal for trimming large and tall hedges, shrubs, and bushes.

How Much Does a Used Hedge Trimmer Cost?

Buying a used hedge trimmer is also a good idea for homeowners that are looking for a more budget-friendly option.

You can expect used hedge trimmers to depreciate between 10 to 20% per year depending on the condition, brand and model, and how long they have been used for. Some of the professional and more expensive hedge trimmers can cost as low as 50% of their initial retail price after a few years.

How Much Does the Maintenance of a Hedge Trimmer Cost?

When considering the total cost of a hedge trimmer, you need to take into account the maintenance costs.

The sharpening of a hedge trimmer does not cost a lot. It can be done with a standard flat file. Even if you do not have one, they are fairly inexpensive, costing between $7 for a single file and up to $30 for a whole file set.

Of course, there are other ways to sharpen the blades; for example, it can be done with a power grinder. However, if you do not have a power grinder acquiring one will cost you between $30 and $80.

Some companies offer sharpening services. The sharpening of a hedge trimmer blade is not an easy task, and in many cases, leaving it to a professional is not a bad idea.

That being said, you can sharpen your blades yourself if you know what you are doing. I wrote an article about the various methods you can use to sharpen your trimmer – you can check it out here.

On average, you can expect blade sharpening services to cost between $15 to $30 for the electric and gas hedge trimmers and about $6 to $10 for the smaller manual hedge trimmers.

Speaking of the blades, they also need to be routinely lubricated to prevent any lockups.

The blades should be oiled before and after each use. Usually, this can be done with lightweight machine oil, which is relatively inexpensive and costs between $3 to $10.

Manufacturers will have more information on what will be the best way to lubricate their products, so make sure to double-check that with your user’s manual first.

Electric trimmers do not have any engine maintenance costs – gas trimmers on the other hand, are very different.

You will need to replace their fuel filters, air filter, and spark plugs every now and then.

These are not necessarily going to be super expensive, but can add between $5 to $10 each to the total maintenance cost.

How Much Does the Operating of a Hedge Trimmer Cost?

Corded hedge trimmers usually have low electric usage, and you can expect them to cost you about $0.05 to $0.08 per hour on average.

And pretty much the same holds true for the battery-powered trimmers – charging the battery will cost you no more than a couple of cents.

Gas hedge trimmers will cost more to operate because they run on gas, which isn’t exactly cheap.

If you are working with a 2-stroke hedge trimmer, then you will be looking at higher expenses as these engines take only premixed fuel. This means that you will be mixing oil with the gas, which is will add a few extra dollars to your overall expenses.

Of course, the amount of fuel a gas-powered trimmer will need varies depending on different factors, such as engine size and power, altitude, weather conditions, and more. 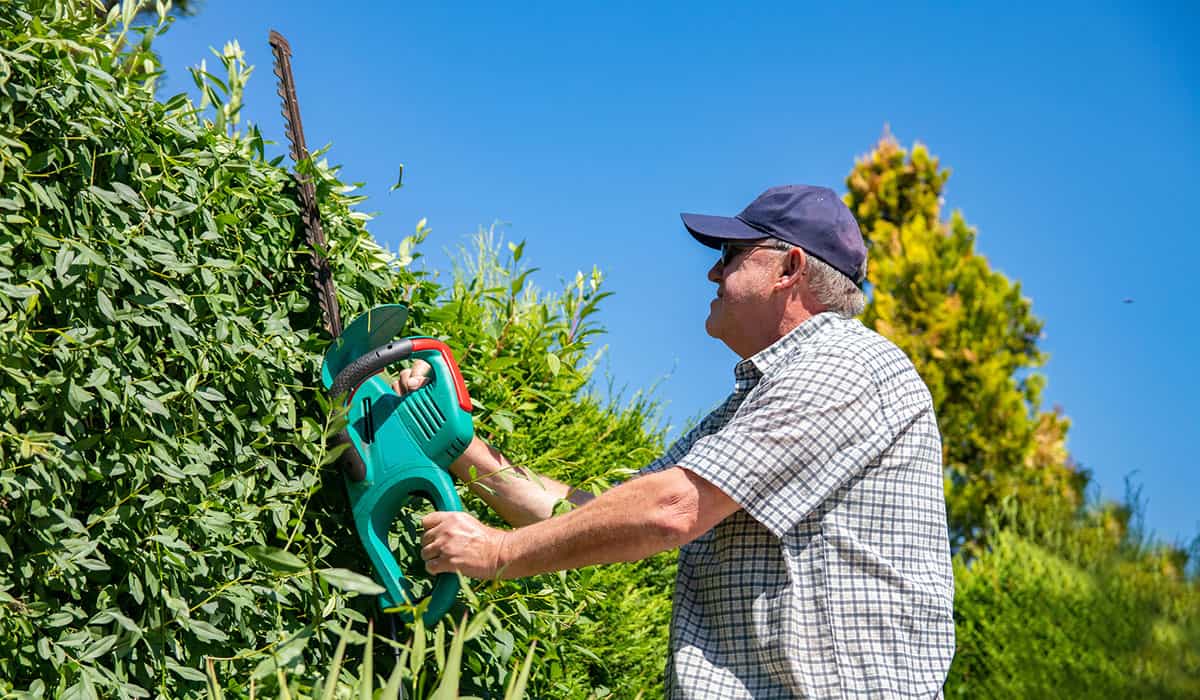 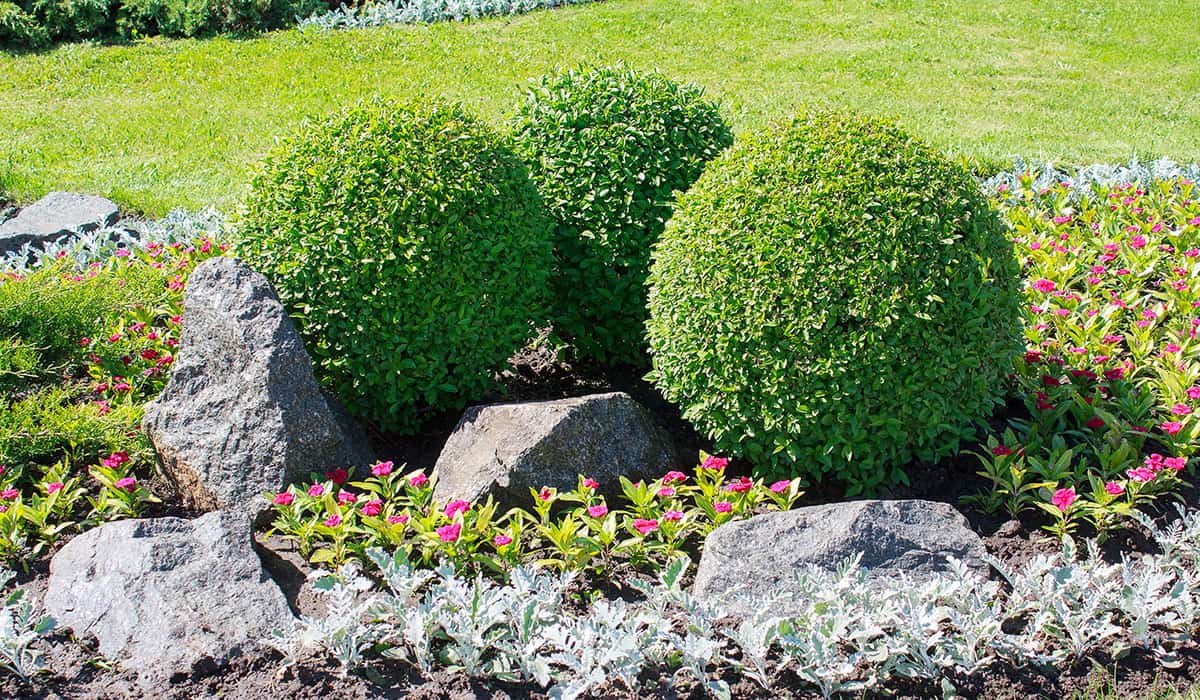 How to Trim Bushes Round – Everything You Need to Know
Tags: info
Categories: Hedge trimmers 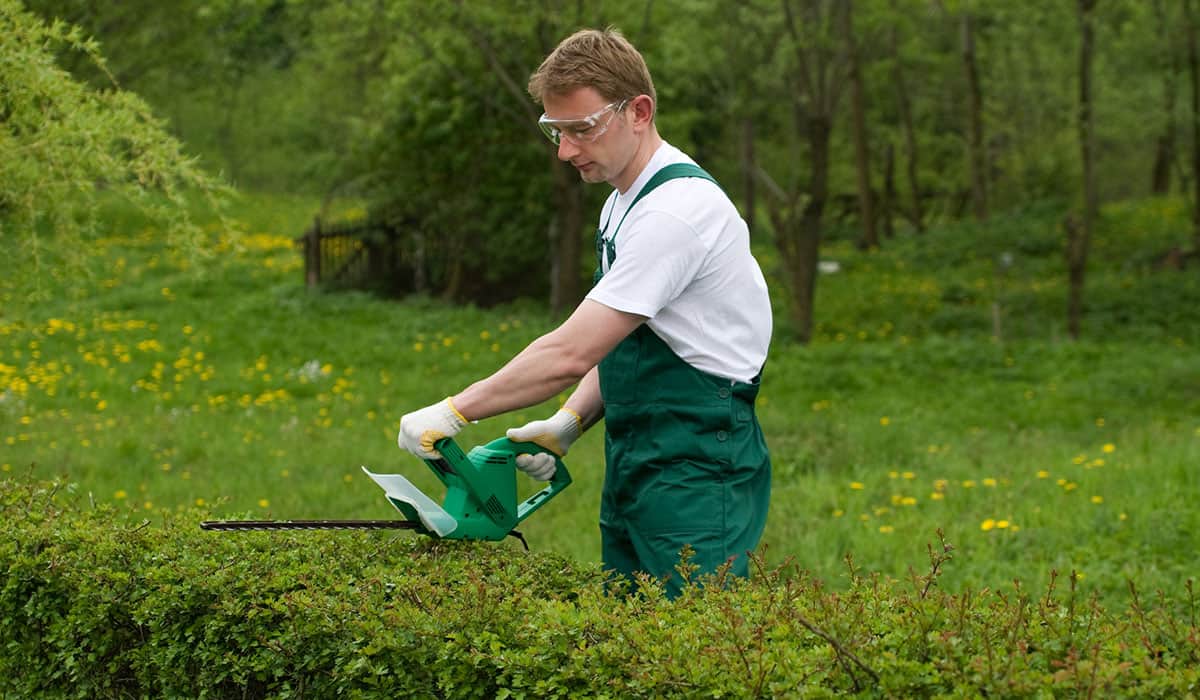